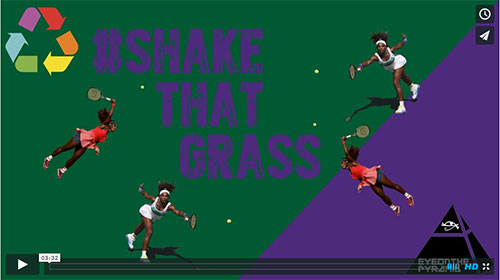 The embodiment of British reserve, the Wimbledon tennis tournament opens on 23rd June. What better way to celebrate than with a loud electro house audio-visual remix made up of racket thwacks, grunts and other moments from the history of the competition. Video Remix DJ, Eclectic Method and Music Producer Eye on the Pyramid, have teamed up to give this year’s Wimbledon a jolt in the grass with “Wimbledon : Shake That Grass”. A track made for tennis fans and DJs alike, though whatever you do, don’t get caught shouting #ShakeThatGrass courtside.