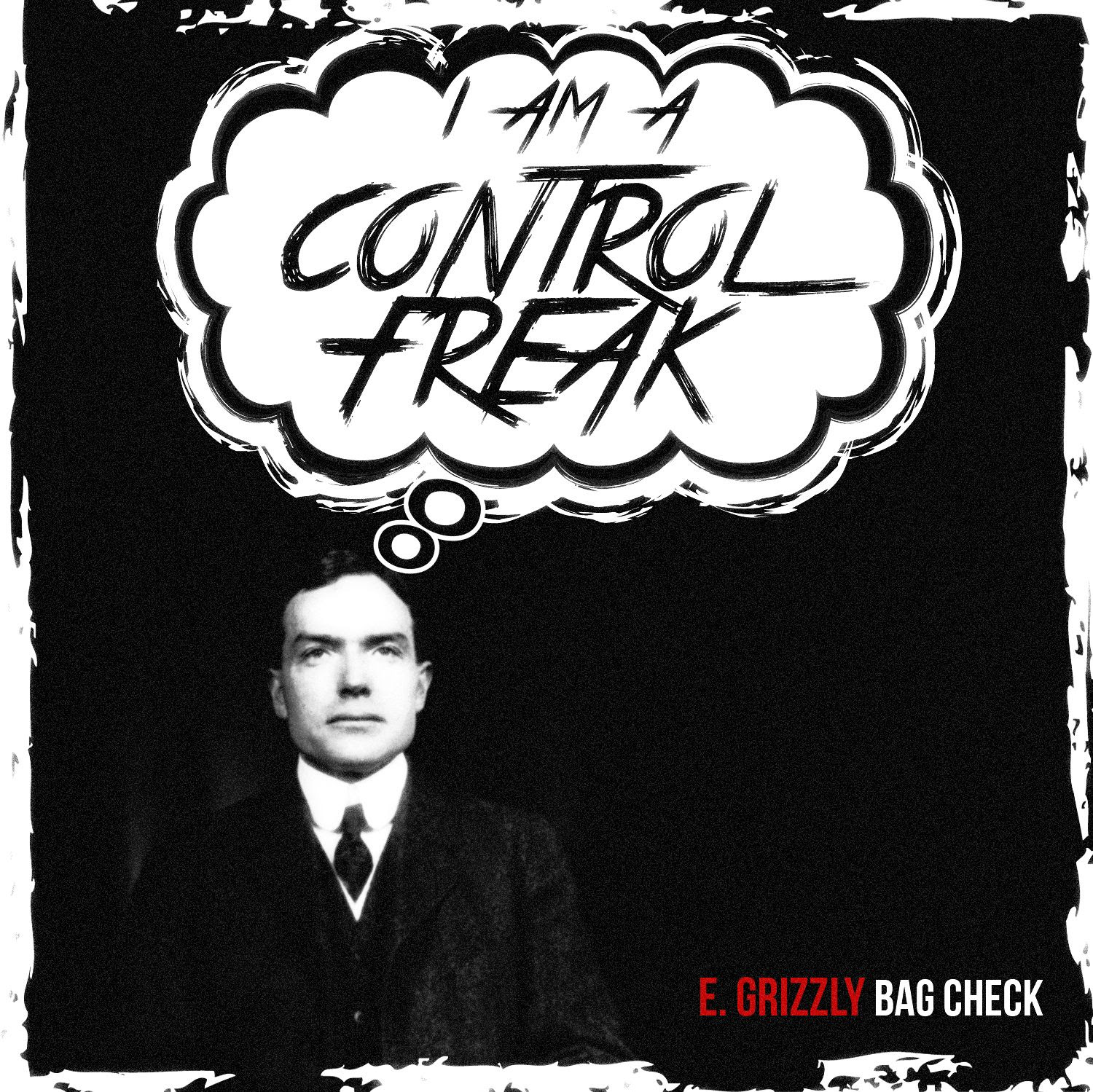 A-Ha! Records artist E. Grizzly teams up again with PKG Studios to release the new music video "Bag Check".  This is E. Grizzly's 4th installment to his hip hop video series "Generation A".  To view the video, click the link below.  E. Grizzly's video series will include the last three mixes he released.  "Bag Check" is off "The NAH Mixtape" which is a mix produced by punk bands NAH and 1994!.

In this new installment E. Grizzly verbally attacks corporations, the IRS, the FBI, and governments for invading the privacy of the common person.  The song is inspired by his real life experiences with the FBI.  Grizzly is tied up in the video and has guns to his head symbolizing his helplessness for financial freedom.  He refers to the powers that be as control freaks and fights to the end of the video to get out of these financial ties but he is unsuccessful.  The video was directed by Jay Brisbon and Alex Halpin.  It was edited by Jay Brisbon at PKG Studios.  The song was produced by 1994! and is available for free download on the link below.Off of E. Grizzly's mix The Nah Mixtape. Produced by 1994! Brought to you by Philly Kid Studios, No Heroes, and A-Ha! Records. Free download available at E-Grizzly.com. Video directed and edited by Jay Brisbon and Alex Halpin of Philly Kid Studios
.

E. Grizzly is a progressive hip hop artist from Philadelphia, PA specializing in a philosophical, poetic flow similar to Mos Def, Lupe Fiasco, Immortal Technique, and Zach De La Rocha.  The point of E. Grizzly's brand of hip hop is to share new perspectives and challenge social standards accepted by the majority of society who seem to be losing their grasp with humanity.
Grizzly has released 5 mix tapes and albums since 2010.  His first release was a hip hop/rock album with the alternative band Alukard from Miami, FL.  E. Grizzly and Alukard played over 100 shows together including a Jagermeister Tour.  Some of Grizzly's other music ventures include an Alternative Hip hop experiment with the punk band 1994! in Philadelphia and mixtapes dedicated to the production of El-P and RJD2.  For more about E. Grizzly you can go to E-Grizzly.com.
Link to free download for song:
http://egrizzly.bandcamp.com/track/bag-check
Facebook:
https://www.facebook.com/egrizzly305
Twitter:
https://twitter.com/EGrizzly305