We got some Toronto foundation hip hop here with a new track from D.O. I remember him from when he had the world record for freestyling. Good to see a return

D.O., "STILL IN IT"directed by Duane Gibson & Prateem Gupta | produced by CLASSIFIEDshot in Amsterdam | from Down Home, out now 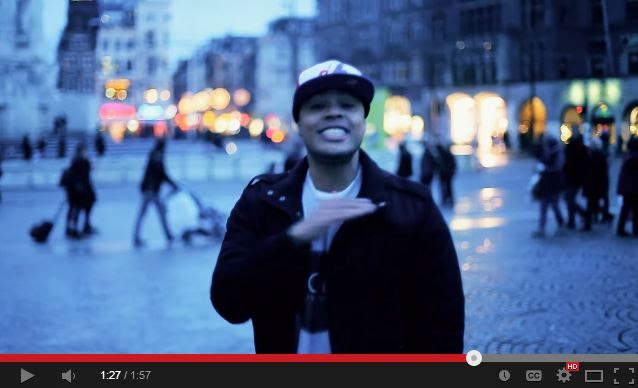 video at youtube.com/watch?v=_0p80D_rMNUstream Down Home on Soundcloud | buy on iTunes

Toronto rapper and Northstarr label head D.O. (short for 'Defy the Odds') presents the music video for "Still In It", his new single from Down Home, D.O.'s new album produced entirely by JUNO award-winning producer Classified and also featuring Joell Ortiz, Saukrates, Chad Hatcher, Maestro Fresh Wes, Mic Boyd, Spesh K, J-Bru and Jake Boyd. D.O. is the 2003 Guinness World Record holder for longest freestyle rap (video), a regular public speaker with his own school tour program Stay Driven, a Toronto Independent Music Award nominee (for his 2007 album Northstarr), a #1 CMJ artist and regularly performs internationally, most recently performing as one half of the duo Art Of Fresh alongside Snoop Dogg and ASAP Rocky at Croatia's Fresh Island Fest, Europe's biggest beach festival. "Still In It is the first track on the album, but it's the last song that Classified and I worked on for the project," says D.O. "We were trying to think of the best way to start it off. Class was playing me about fifty beats. Nothing was clicking. Then he pulled up a rough loop, but only played it for a few seconds before moving on. Instantly I was like "Yo what was that!" It was really rough so he made the beat on the spot. While he was working on the beat, I was thinking of the lyrics and flow. Since it's the intro on the album, I wasn't concerned with a hook.  I just wanted to go in. I spend a lot of time in Amsterdam, so I thought this one would be cool to shoot while I was over there. People that are familiar with the city will recognize the spots – Central Station and Dam Square. Two of the landmarks of the city." Down Home is out now on iTunes. See below for D.O.'s upcoming tour dates.
May 05, 2014** St. Teresa - Kitchener, ON
May 08, 2014** Lambton Park - Toronto, ON
May 17th** Brick Yard , Kaohsiung, Taiwan
May 18th** Happy Panda, Kenting, Taiwan