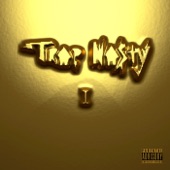 Following up from his last release Black Bart, Nashville’s Hip-hop native Wilx reintroduces himself with his newest EP release Trap Nasty 1. The EP is available on all digital providers. Click here to listen.


Trap Nasty 1 serves as the first installment of the Trap Nasty series and creates a theme that Wilx describes as “taking whatever hustle you have and making it work for you by setting new goals, growing and progressing everyday”. Trap Nasty 1 features lead singles “Trap Nasty” produced byJITTHEBEAST, “This Close” produced by NYSE, and “Early” featuring Alcodaman and produced by Bandplay.  The 26 year-old emcee creatively enlist a team of 10 different producers to each assist in the art of storytelling as Wilx opens up a more in-depth and personal side of himself.

Wilx has achieved growing success through his distinct baritone voice and irresistible charisma. The rapper’s breakout hit “Mo Better”  featuring Starlitocame in 2014 with over 3K streams on Spotify and garnered over 7K views on Youtube. The rapper has proven his undeniable stage presence as he has opened for 21 Savage, Ty Dolla $, Lil Wayne, Stepbrothers, and 40oz Bounce. Be on the lookout for more music from Wilx and the video for "Early" dropping soon.