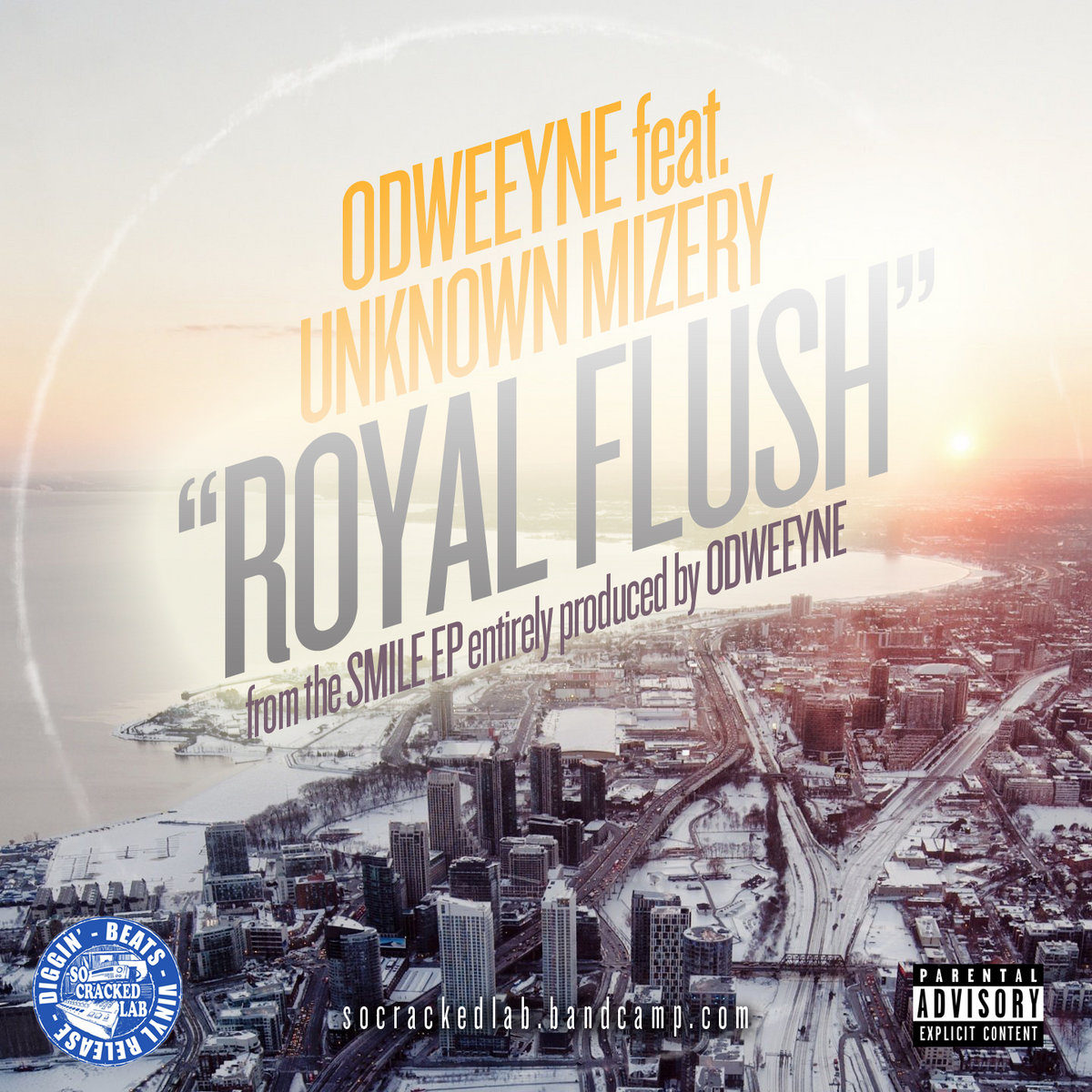 The Bridge Promotion brings you the first single from
the french producer Odweeyne's upcoming "Smile EP" :

When the chips are down, when the struggle is real, when times are hard, there is always hopes and reasons to keep believing
and re-inventing. This faith in the passion of music, in the capability of doing great things and becoming a better human being despite
the unfair societies we all live in is the very core of the "Smile EP"

"Smile EP", out March 1st, is made of 7 brand new classic hiphop songs (also delivered in instrumental versions), entirely produced by Odweeyne, who invited the
Canadian flame spitter Unknown Mizery to lay down sharpen lines over his sharpen beats.

"Royal Flush" is the first single from the upcoming "Smile EP" and give you all the reasons to pay attention to the body of work that Odweeyne creates
releases after releases. Now you definitely have no excuses to keep knocking your head to it and smiling at the same time !

French DJ/Producer, born in Paris, Odweeyne is first of all, a crate-digger, hip-hop and vinyl lover,
and the producer from the parisian label So Cracked Lab.

Quickly he was DJ for various artists on stage or in studio , this will lead naturally for him to beat
production. Child of The 90s, he uses only breaks and samples that he crafts with the usual suspects ,  SP 1200,
S950, E6400 ultra and MPC 2000 xl , to create a warm , dusty and hypnotic sound.

He has already worked with A.G, Sadat X, The Legion, Awon, Unknown Mizery, B.White & Mayo of The 58’s, REAK…