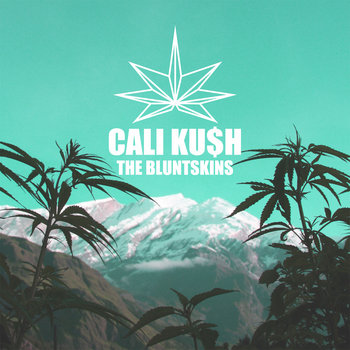 The Bluntskins are back with their sophomore effort 'Cali Ku$h' once again delving into the world of cannabis consumption and all things high. The three man team made up of rappers Bill Sykes, Cheech and Producer/DJ Pro P combine to showcase Manchester hip hop at its finest. The beats bang hard as Sykes and Cheech trade bars in comedy fashion along the way. Picking up from the last self titled album the concept remains the same yet more refined; bars, beats and blunts.

High As A Helicopter Video @

The Bluntskins - High as a Helicopter, the 3rd release taken from the new album "Cali Ku$h".

Cali Kush is available for download/streaming @

​
The last album featured a huge amount of guest rappers mostly from the city of Manchester. Cali ku$h has a more toned down selection of spitters however the rappers they have reached out to compliment the Skins' perfectly and show that the crew have managed to make a serious name for themselves on the UK scene. Close affiliate Spider Jaroo drops a verse on head-nodder 'Hell yeah', 'Green Grass' features heavyweight Mothership member Dubbul O and internationally recognized artist Skittles whilst Martin Conner lends his vocals on the anthem 'Everybody'. Blizzard and Greasy Vinyl's J-man contribute on 'The Wildest'. Both artists have recently enjoyed success from their recent projects. The former on the underground and latter on a more mainstream level. 'Smoke the Endo' features the viral virus himself Tommy Dockers and '4/20' shows the talents of up and coming 17 year old rapper Blind Mic and old school freestyle stalwart The Green Pooky. Sidestepping or perhaps floating over the generalized pressure of releasing a second album has been clearly no issue for this crew and proves once again how much talent is oozing out the northern city. For booking info, radio material or blog/magazine features contact “thebluntskins@gmail.com” and be sure to check out the new videos on the Bluntskins youtube channel.